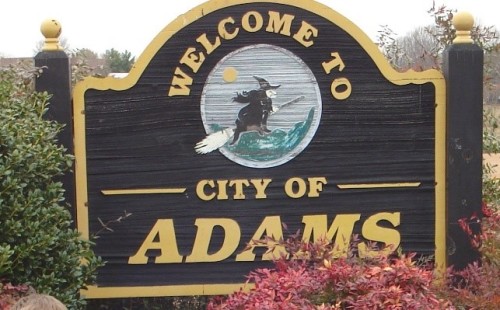 I decided way back in 2007 that if I ever wrote a book, which at that time I had no plans to do, I would tie it into the Bell Witch Haunting. Well, writing became my job several years later (to see how that happened, read ‘Numbers to Words: My Journey from Engineering to Writing’) and I had my chance to put this documented paranormal/supernatural encounter from Adams, Tennessee into a book.

Once the research began I was hooked and fascinated by the story. Several books have been written on the subject, so I came up with a different angle – what if the Bell Witch’s direct ascendants were alive today and still witches? As we get further into this blog, pay close attention to the names and you will see the bloodline for some of the characters in Witch’s Dilemma, which started to form when the feud began centuries ago. I’ll start at the beginning.

I moved to Tennessee from Georgia in 2000. However, it was not until 2007 that I learned about the Bell Witch. My youngest son had heard about it at school – yes, they teach about this haunting in school – in either his first year of middle school or his last of elementary.

Anyhow, he wanted to know if we could go to where the haunting took place in Adams, Tennessee, located in Robertson County, which is a little northwest of Nashville in Davidson County. The drive up would take no more than an hour as it was only roughly 45 miles from Nashville but was located off the main thoroughfare. We decided to head up that weekend, if it was pretty; it was, and we did. This is where the research began.

We arrived in Adams, Tennessee and began looking over our shoulders, just in case we were on the Bell Witch’s radar. Besides the welcome sign greeting us to the city limits, pictured above the next thing that caught our attention was a historical marker. The marker gave us details about the Bell Witch, and talked about Andrew Jackson – the same Andrew Jackson who was a general and a president, and who I hold partially responsible for the Trail of Tears and the deaths of thousands of American Indians. (That’s right, folks – we were not here first, they were, and this was all theirs until we showed up.)

This marker sits by the road, in front of a rustic type of general store. They sell Bell Witch souvenirs along with other items: Cokes (for those up north, I mean pop or sodas of all kinds), snacks, and a variety of other things.

Once we had enough provisions to last us for a while, so we headed out in search of the Bell Witch. We drove a piece and ran across the Bell family cemetery. I figured if you were going ghost hunting, this was the place to start.

We found no ghosts there, so we loaded back up and headed to the Bell Witch Cave and property.

Once there, I came to the conclusion that, whether this haunting was real or not, it was certainly a moneymaker. For a fee you can get tours of the cave and the house, either by candlelight at night or, if you are a little chicken (you know what), by day. If you plan on visiting the Bell Witch Cave click on the link I have posted below as they have seasonal hours and restrictions.

There is more to see in Adams than just the Bell Witch cave, house, and cemetery. Whether you believe in ghosts or not, you really should think about taking a trip to

Adams, the scenery is beautiful and the small town is packed with fun things to do. The Red River is right there if you love to canoe or kayak, this is the place to do it.

Adams has one of the best State parks around, Port Royal. It’s not huge by any means, but it is quiet and peaceful. The park also contains part of the original Trail of Tears, which has been maintained. They have a nice picnic area, hiking trails, and you can fish the Red River, and most of all experience

the silence – sometimes an eerie silence.

Adams also holds plays and other events, especially in October. My recommendation, since I’m a biker, is to roll the throttle open and head that way then, when the leaves are turning, the air is crisp, and the ghosts are about.

The Legend of the Bell Witch: Summarized

There we go. Some of the characters in Witch’s Dilemma are direct descendants of the people listed above.

Who are they? And are the ones who are kin to the Bell Witch (Kate Batts) just as spiteful as she was? Do the two families know one another, and if so, do they know they are kin to these people from Adams, Tennessee?

The main question is: is the feud still going on between the Batts and the Bells?

Next week will be the last blog of the series. As we can see, strange things happen when there is a witch around, so next week we will get into what paranormal/supernatural events take place in Witch’s Dilemma.

For more information on the Bell Witch and things to do in Adams, Tennessee, follow the links below:

The other blogs in the Witch’s Dilemma series: Texas Witching Hour – Book Teaser/Cover Release – Valerie and Associates – Fort Worth Government – LACN Investigations – Rounding Out the Cast – Some Things Can’t be Explained.