I hope everyone has a safe and fun three day Labor Day weekend, the last official holiday of Summer.

I for one hate to see it go as I’m a summer type person. I like spring and fall and do most of my bike riding during those seasons. But summer with its bright sun, heat and long days is to me like Christmas is to kid.

Of course like Christmas to a child Summer brings on distractions that make it hard to focus on anything else. Even when there is nothing to do you can find me relaxing, soaking up the healing rays of the sun while sipping on an adult beverage as I people watch.

The Summer is filled with events that keep me from behind my desk writing. There are festivals to attend. Outdoor concerts and other events scattered throughout the city of Nashville.

With all that said, since my last writing update Writing Update/WIP 5-31-18 (Playing Catch Up), not a lot has been accomplished, as far as writing goes. However the ideas have been abundant. Yes the imagination is one of the things that people watching and visiting old friends triggers.

I have encountered a writing issue. Maybe it stems from the lack of focus these days but I’m having problems writing a simple short story (3,500 -12,250 words).

Maybe I need to review the elements of short story and see where I’m going a stray.

I will start with the ideas for new tales.

The Ideas (Titles are Subject to Change): 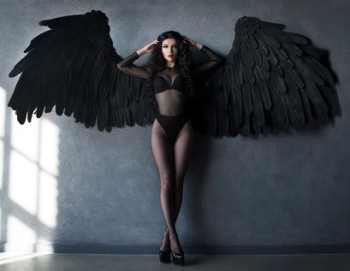 The Graveyard Shift is a tale about two people with a past who went their separate ways. After two years chance brings them back together, reigniting their passion for one another.

The Camel Story: This tale was outlined to be a novel, but may wind up in The Tales of Joe as a short story.

The Camel Story was an idea I came up with after discussing some history about Texas and camels with my dear friend Christy Warren. The tale will involve time travel. Two couples will be transported back in time. When the portal opens back up only two people will return, two will decided to stay. This tale will also be educational in a way.

Blue and Danger: My brother thought up this one. A story about two brothers, one is evil, one is good. Will the good turn on the evil one or is the family bound thicker than justice.

Congress Motel – Room 69: This tale is a novel about the happenings in room 69 of the Congress Motel. The Congress Motel is a run down roach motel on the outskirts of town. The only thing it has going for it us it’s location and reputation of being the best No-Tell Motel in the state. Oh did I mention that room 69 is haunted and those who stay and play in that room have been known to never be seen again.

Demons of the Jungle (Third Edition) – (40%): This is the book that is on the front burner and I need to get’er done. I have spent some time with it but not enough.

At this point it’s a matter of polishing the sections up, add to a chapter here and there, and arranging them into chapters that will allow the story to flow.

My plan is to have this one at the editors by the end of September middle of October.

From the Desk of Joseph Clay – Author: The Third Times a Charm?, will explain why a third edition is being written.

The titles of the stories inside the book are;

The titles of the stories inside the book are;

That wraps up this writing update. Enjoy the rest of the summer and may your fall bring the changing of leaves and peaceful cool nights.

For an explanation of the stages visit The 10 Stage Writers Tracking System – Idea to Published.